Bicycle shelter as a charging station for e-bikes

Home » News » Bicycle shelter as a charging station for e-bikes

The growth in electric bike use is increasing vividly in Holland. This means that more and more bicycle shelters with charging points are needed. Klaver Bicycle Parking has various shelters that can be equipped with solar panels. The generated power can be used, for example, to charge the e-bikes.

Electric bicycles are popular in the Netherlands. Last year, almost 70 percent of the market turnover was generated from the sale of e-bikes. In addition, the tax rules To buy a bicycle via your employer have been simplified. Existing and new providers of lease bicycles are responding to this, as a result of which the e-bike will increasingly determine the street scene. The convenience in particular makes an e-bike popular. But compared to an average city bike, e-bikes are a lot more expensive. In addition, they are heavier in weight and need to be recharged when used . This ensures that parking e-bikes requires attention. 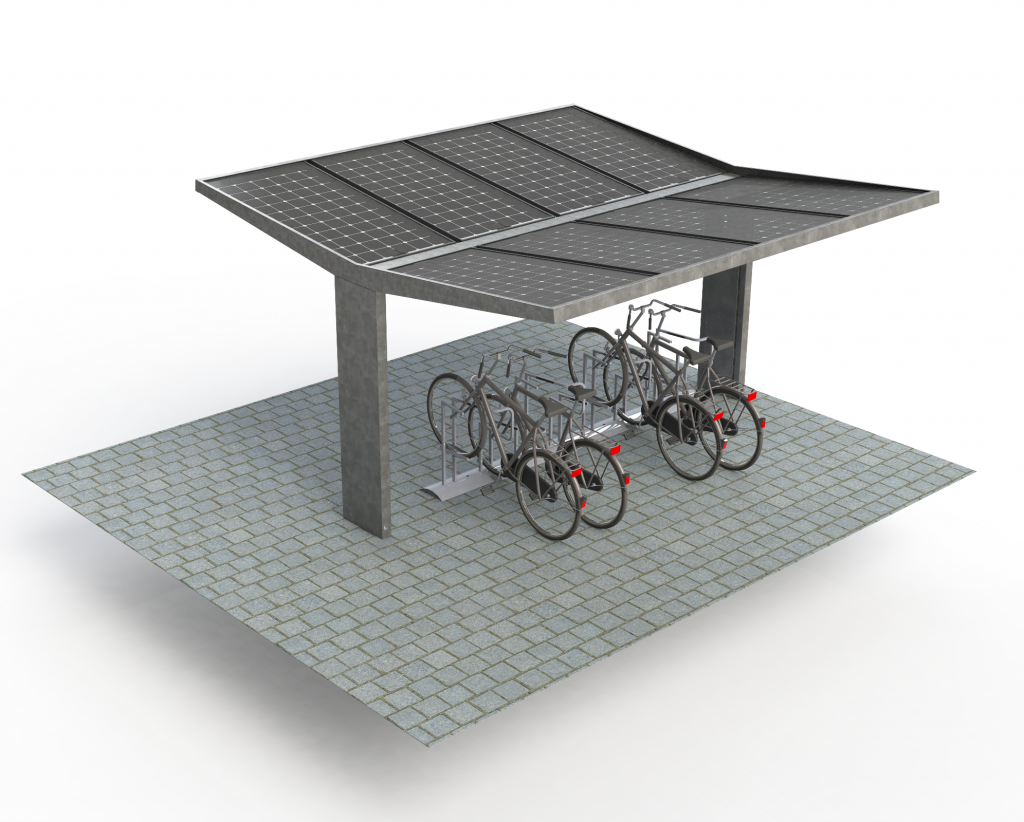 Klaver Bicycle Parking has designed a bicycle shelter with a roof made of solar panels. “With the generated power, e-bikes can easily be recharged with the different charging points in the garage. This T-Hide is also easy to combine with the Klaver Bicycle Parking products, ”says senior account manager Gerben Hofsté. “In the bicycle shelter we can realize bicycle racks with integrated charging points or lockers where the bicycle battery can be safely stored.”

Safety is an important theme when parking the bicycle, due to the relatively high price of an electric bicycle. For example, preventing theft is very important. “The T-Hide Solar is a robust and vandal-resistant bicycle shelter.” says Hofsté. In addition to the solar panel roof, the bicycle shelter has integrated LED lighting. Hofsté: “Klaver develops products based on the needs of cyclists in general. But most products are customizable, which is particularly interesting for customer-specific situations. For example, the T-Hide is also available with a Sedum roof. ”

We are increasingly approached for solutions with solar panels, Hofsté notes. “The advantage is that you can also turn the bicycle shelter into a mobility hub by, for example, placing shared bicycles in it. In larger bicycle shelters, the solar panel roof can also provide the energy for electric cars parked nearby, ”Hofsté concludes.

The above article was recently published in the magazine Straatbeeld 6 2020.
www.straatbeeld.nl